Passover and How Jesus – the Lamb of God – Is Its Fulfilment

Passover and How Jesus – the Lamb of God – Is Its Fulfilment

We often refer to Jesus as the Lamb of God – Seh Elohim in Hebrew. The Lamb is a powerful symbol of Messiah Jesus who shed His blood for the forgiveness of sins to all who believe in Him and accept His sacrifice. Reading the New Testament, we first hear this phrase used by John the Baptist when he sees Jesus at the beginning of His ministry, and proclaims by the Holy Spirit:

Look, the Lamb of God, who takes away the sin of the world!

For a non-Jew, this phrase would not make any sense, especially if the person has not studied the Jewish Torah (Instruction, law) and the stories related to it. For a Jewish person, however, hearing this proclamation should bring to mind the Great Exodus of the Israelites out of Egypt under the mighty hand of God. This Exodus has been celebrated by the Jewish people throughout the ages with the feast of Passover – Pesach. This festival was ordained by God in Leviticus 23. The celebration of Passover starts on the eve of 14th Nissan – the first month of the Jewish biblical year – and continues for seven days. During that time, Jews abstain from eating leavened bread, as leaven is a symbol of sin. This year the Passover celebrations begin on the eve of 27th March and finish on 4th April.

Passover is one of those holidays that is full of prophetic symbolism, which finds its fulfilment in Jesus/Yeshua as the Passover Lamb. Exploring this symbolism will leave us amazed at how detailed our God is and how profoundly He communicates His plans to His people the Jews and to us as Gentile believers.

Let us examine how Jesus fulfils the prophetic implications of the Passover festival.

“This cup is the new covenant in my blood, which is poured out for you.”

For the life of a creature is in the blood, and I have given it to you to make atonement for yourselves on the altar; it is the blood that makes atonement for one’s life.

Jesus fulfilled all the requirements of the Passover Lamb at the final week before Passover leading to His death during the feast: 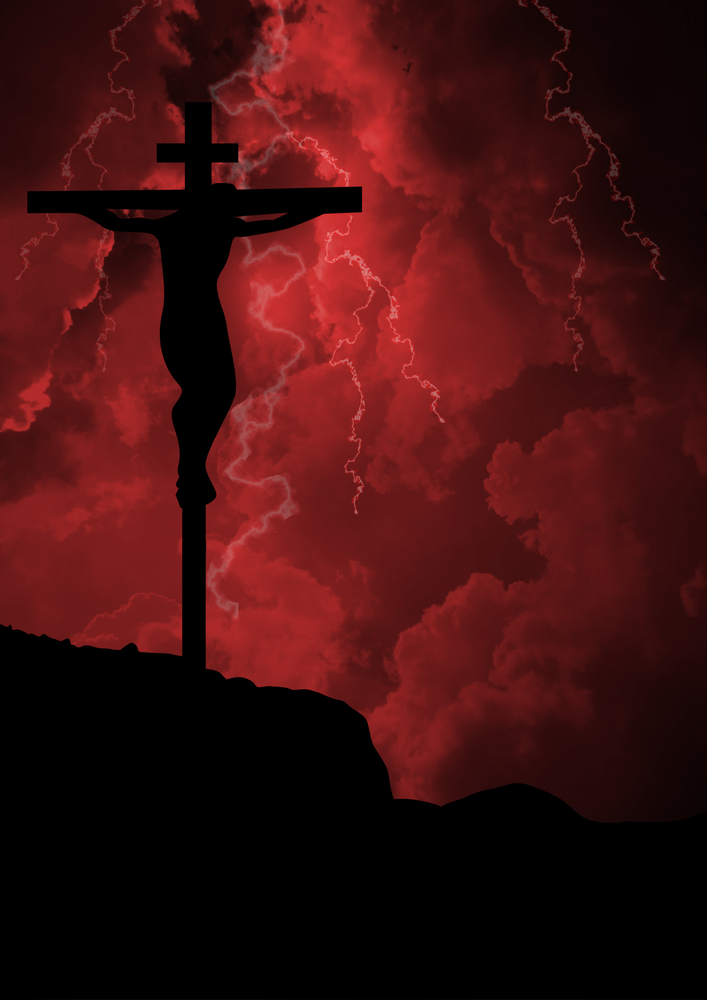 While the death of a Passover lamb covered the sins of the Israelites and caused God to ‘pass over’, the sacrificial death of Jesus (and His resurrection) ‘passes us over’ to the Kingdom of God and to a new life with Him if we receive Him by faith.

Many people in the modern world consider themselves good enough to make it into heaven by their own merit – if they believe in heaven at all. God’s standard, however, is much higher and cannot be attained by man’s own efforts:

All of us have become like one who is unclean,
and all our righteous acts are like filthy rags;
we all shrivel up like a leaf,
and like the wind our sins sweep us away.

Passover is an amazing illustration of God’s redemption for all humanity. Just as the Israelites were in bondage in Egypt and needed salvation, so is humankind under the bondage of sin and in need of God’s intervention to be saved.

An unfortunate fact of history is that the Christian church has gradually distanced itself from the Jewish roots and the Biblical feasts, including Passover. For the first 300 years all believers, both Jews and Gentiles celebrated that feast. The powerful symbolism behind Passover helped the believers better understand the wonderful salvation offered to them by the God of Israel. It was the Emperor Constantine who, with various decrees issued by the Nicaean Council (325 AD), created a new holiday called Easter in order to keep Christians and Jews separate. Many Christians today are reversing that decision and embracing the Jewishness of our faith.

The Apostle Paul encourages the church in Corinth:

Get rid of the old yeast, so that you may be a new unleavened batch—as you really are. For Christ, our Passover lamb, has been sacrificed. Therefore let us keep the Festival, not with the old bread leavened with malice and wickedness, but with the unleavened bread of sincerity and truth.