Reflections on the Book of Esther

Reflections on the Book of Esther

In the Old Testament, there is a book we rarely hear preached about; however, at closer inspection, it can teach us wonderful things about God’s plans, protection and faithfulness to his people, the Israelites, and also to us. This is the Book of Esther.

You have heard the story of Esther before. A young Jewish girl becomes queen of Persia and “happens” to be in a position to counter a murderous plot to exterminate her people.

An unusual aspect of the story is that God is never mentioned in the book, but at the same time we can sense his presence and involvement in everything that happens in the plot, in all the “coincidences” that finally lead to the rescuing of the Jews from the planned annihilation by the evil Haman.

The background to the story is very interesting. Hundreds of years before Esther’s time, God told King Saul to slay the Amalekite king, Agag (1 Samuel:15). Saul disobeyed. Later in history, when most of the Jewish people had been exiled to Babylon and continued to live there under the Persian king, it was an Agagite ruler named Haman who came close to destroying them all. Not coincidentally, it was also a descendant of Saul, named Mordecai, whom God used to defeat Haman’s genocidal plan (Esther 2:5).

Esther – her Hebrew name was Hadassah – and her uncle Mordecai lived in Persia during the reign of King Ahasuerus (Xerxes). When Esther was taken to the king’s palace, Mordecai commanded her to conceal her Jewish identity (Esther 2:10). Why did he do that, we may wonder. Could it be that being a Jew stirred resentment and hatred in the local population? And why were Esther and Mordecai still living in exile and not in the Promised Land when, many years earlier, King Cyrus had decreed the Jews could return to Judea? It seems that the Jewish people had assimilated well into the local pagan culture and enjoyed the comforts of exile. They had, to a large extent, forgotten the Torah teaching, which, among other things, prohibited marrying a non-believer.

If this is the case, we might think that God had every reason not to come to the rescue of His people. However, that is exactly what He did by turning around Haman’s malicious scheme to have Mordecai executed and his people, the Jews, murdered. As we know, by Esther’s fearless act of appearing before the king uninvited (while others were praying and fasting), by the favour she received, and by the “strange” twist of events that followed, it was Haman that ended up being hanged in the same gallows that he had prepared for Mordecai. The king additionally authorised the Jews to defend themselves against any who might attack them. Afraid to harm God’s people, many turned to worship Him (Esther 8:17). 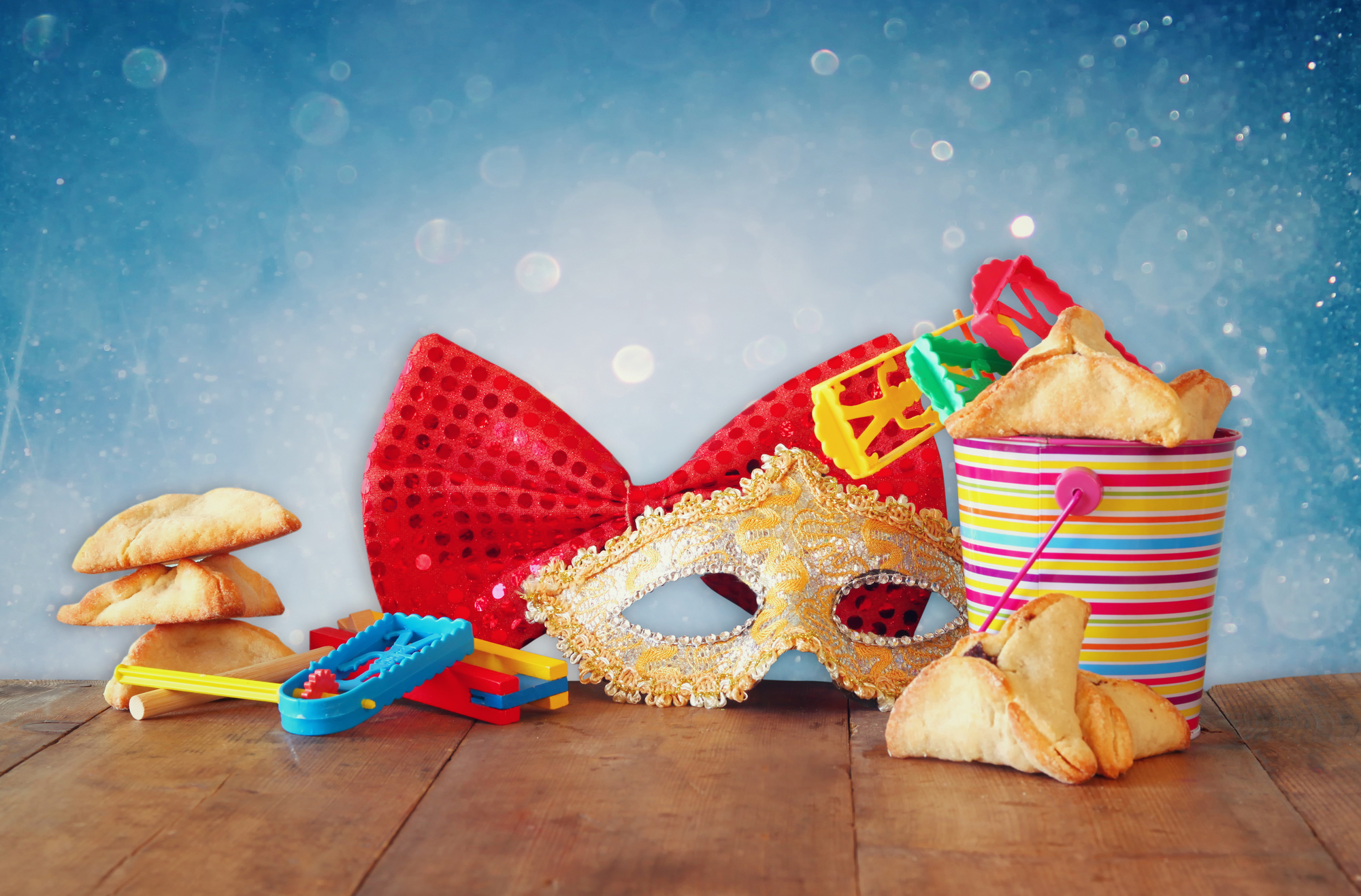 Purim is a holiday celebrated among the Jews to commemorate these events. It is a joyous celebration where people put on plays, children dress up as Esther, Mordecai or Haman, and special cakes called hamantaschen, which are shaped like Haman’s hat or ears, are eaten. People make special gift packages for the poor.

Purim happens in springtime, which this year falls on the eve of 25th February and the day of 26th February. The word purim means lots. According to the story, Haman as the king’s high official, wanted everybody to bow down before him, which Mordecai refused to do. This infuriated Haman and resulted in him deciding to kill Mordecai and all his people (Esther 3:5-6). He set the date for his genocidal campaign by casting lots – purim. We know how the story ended.

Why Esther’s story matters to us

So what insight can we get from the story of Esther that would be relevant to us as Christians in the modern world? One verse we are all familiar with is Esther 4:14: “For if you remain silent at this time, relief and deliverance for the Jews will arise from another place, but you and your father’s family will perish. And who knows but that you have come to your royal position for such a time as this?” We are all on this earth for a purpose, but we have a choice whether to follow that purpose or to do our own will. If Esther had decided not to act, God would have found another way to fulfil His plans, but there would have been severe consequences for Esther’s family.  Although God loves us unconditionally, the way we act will bring about results that are not necessarily within God’s will for us. But God is faithful – He will come to our rescue if we cry out to Him in repentance.

Although no great miracles happen in the story, we can sense God’s presence in every turn of the events, which can give us assurance of His presence and His guiding hand in our lives. Even the act of casting lots, which for a human eye may seem perfectly random, is in the control of the Almighty God.

As we mentioned earlier, the Jewish people in Persia seemed to be living rather comfortable lives, and many may have forgotten their covenant with the God of Israel. But God hadn’t forgotten about it – when He called Abram and made the promise to make him a great nation, to bless those who bless him and curse those who mean harm, He was serious about it (Genesis 12:2-3). In our story, what happened to Haman, who in his rage wasn’t satisfied just to see Mordecai hanged, but wanted the whole Jewish people to be annihilated, illustrates the point very well. Another good example from the Bible is the story of Balaam, who was summoned by a Moabite king Balak to curse the Jewish people, but God turned the curse around so that Balak instead started to bless the Israelites. This is how God protects His people!

The rise of anti-Semitism

At this point, we cannot overlook the theme of anti-Semitism. The spirit of anti-Semitism or, in other words, the hatred of Jews has been around since Israel became the people of God. It has raised its ugly head again and again throughout history. The source of it is satanic as this is the spirit that wants to destroy God’s plans for the salvation of humankind.  In addition to the biblical records of anti-Semitism, we can mention the Spanish Inquisition, forced conversions/ baptisms, the pogroms in Russia and other Eastern European countries, and of course the Holocaust, which was the most horrible way of systematically killing 6 million of the Jewish people by Nazi Germany during World War II.

Unfortunately, the Christian church has not been exempt from this spirit. Although the first disciples of Jesus were all Jews, the more Christianity spread, the more it distanced itself from its Jewish roots, replacing God-given holidays of Passover and Sukkot with the pagan versions of them, thus losing a lot of the power and the meaning of those feasts. Many Christian leaders became openly hostile towards the Jews, damning them into hellfire and preaching the theology of God abandoning His people forever. One of the most prominent ones was Martin Luther, the father of the Reformation. Hitler used some of his works in planning the genocide of the Jews. No wonder it was practically impossible for the Jews to believe in Jesus after this kind of treatment.

Unfortunately, the blessing/cursing law from God applies to His people the Christians, as well. Perhaps the many failings of the Church throughout history, its lack of the power of the Spirit and its legalism can, at least partially, be ascribed to its attitude towards its older brother – the Jewish people.

Coming to modern times – they resemble the era of the Persian empire in many ways. Jews live all over the world, often happily and prosperously. However, recent years have seen a worrying rise of anti-Semitism, especially in the United States, the UK and Europe. Jews are often attacked on the streets, and their synagogues are vandalised. How quickly the past is forgotten!

There is a difference though – God is calling His people back from exile to the land of Israel, which He has given to them as an everlasting promise (Psalm 105: 8-11), and which has been restored to them in the last 73 years. About half of the Jewish population have responded to the call, but there is a way to go until all of them are back. God’s intention is to leave no one behind. He will no longer hide His face from them but will pour out His Holy Spirit upon all of them (Ezekiel 39:28-29).

More and more Christians are receiving the revelation of blessing and praying for Israel, and more and more Jews are recognising their Messiah Yeshua. God is in the process of executing His plan, which He has laid out in Ephesians 2: 11-18 – to unite the two people groups, Jews and Gentiles, into one by the power of the cross and bring down the dividing wall of hostility between the two.