Who Does Jesus Think He Is?

Entering the word ‘genealogy’ in a search engine will give you millions of results. In Google that means 254 million results, with the well-known company, Ancestry.Com, being at the top of the paid results. With the development in DNA science, many companies have been providing services aimed at helping people understand their ancestry.

To begin the journey to understanding your ancestry, all you need is registration on one of the websites providing this service, and payment of the requested fee. A DNA ‘pack’ is then sent to you and once you complete the required act of swabbing whatever you’ve been asked to swab and including whatever you’ve been asked to include, you send back the pack. A little while later, the results arrive, detailing your genetic make up, and using scientific data to suggest where on the globe you originate from.

So why all the fuss? Why do people care where they come from? Why is Ancestry.com turning over nearly a billion dollars a year, in an industry worth around $6 billion? Why does the past matter so much? Well, knowing who our ancestors are, is not a new phenomenon. The bible has many chapters detailing the genealogy and ancestry of various people. You see, by putting a pin at their start point, we can lay a path to the pedigree, the quality, the integrity of the person in the present.

Since 2004, the popular BBC TV show, Who Do You Think You Are, has featured well-known men and women from various walks of life and revealed the stories of their past. It makes for great entertainment when people find out that they had an ancestor who was famous. After all, everyone wants to be associated with the good, the great, even the godly. From time to time, although it may be sometimes less well received, and the production team had to work slightly harder to make a good story out of it, viewers would learn that the featured person came from a ‘not-so-pleasant’ lineage.  Perhaps they had a family member who was a criminal or associated with atrocity. The great thing about these episodes, is that it showed the humanity, the ‘normal-ness’ of ancestry and heritage, no matter who the celebrity was. 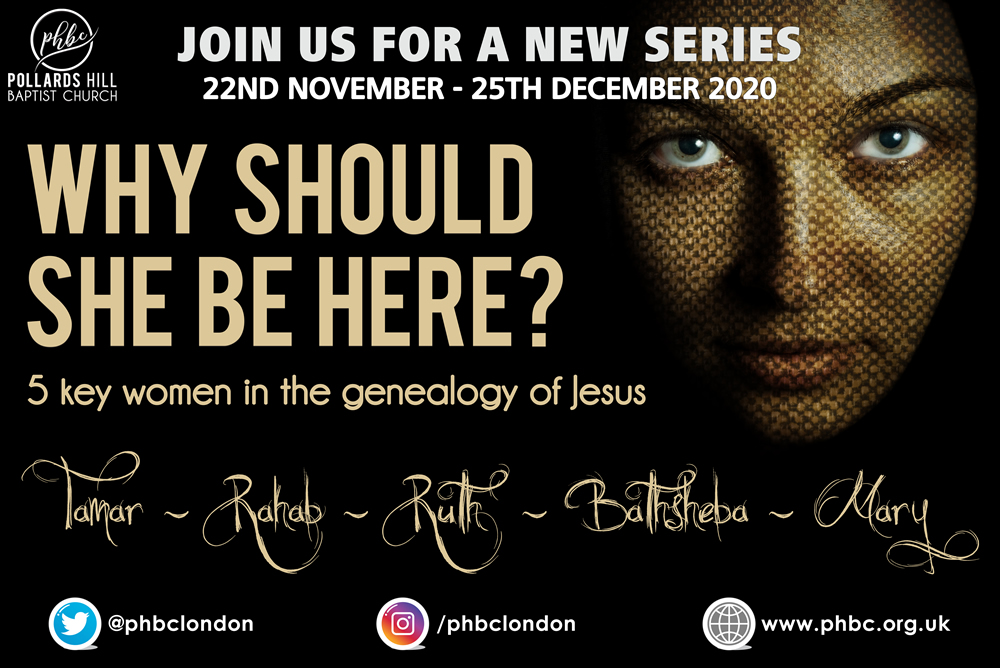 When we think of Jesus, it is easy to think of Him as God, as perfect, as sinless and we know from scripture that although He was all those things, He was also human, He bled, and He died (yes, He rose again, but that’s not where this is going). Because He was human, He also had ancestry, He also had a genealogy, He had a biological family. Well, not unlike His spiritual family of today (including people like you and me), Jesus’ biological family is filled with outcasts and broken people, yet He celebrates and loves these unlikely people and turns them into unlikely heroes.

All services will be streamed live on our radio station, PHBC Radio.